To say that Polar Bear cubs are cute would be an understatement.  They are very cute indeed.  So when we heard that The Highland Wildlife Park's new arrival was venturing out of the den we set off on a day trip to the park at Kincraig near Kingussie to see for ourselves.  The cub was born in December 2017 and is the first polar bear to be born in the UK for over 25 years.  Even though a sighting was not guaranteed (even in a zoo) we headed off with great excitement and a picnic lunch. 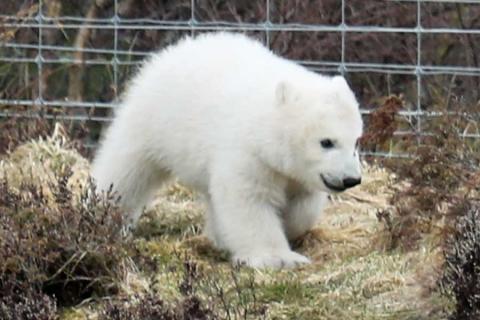 The Highland Wildlife Park was originally opened in 1972 showcasing native species of the Highlands.  The RZSS (Royal Zoological Society of Scotland) acquired the park in 1986, changing its focus to species from tundra and mountainous habitats around the world and increasing the focus on conservation work.  As such, the park has an interesting mix of animals including polar bears, arctic fox, wolverine, snow leopard, lynx, amur tiger, red panda, wolf, elk and vicuna, to name but a few.  Native species still survive in the park though, both as resident guests and wild inhabitants -  red squirrels can often be spotted in the trees just outside wolf wood. 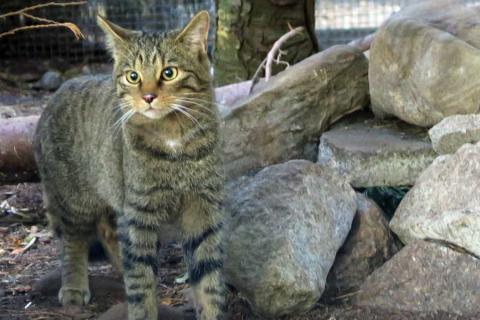 The RZSS is a lead partner in The Scottish Wildcat Action Project and has a good collection of Scottish wildcats on site.  This is maybe your best chance of seeing a Scottish Wildcat up close and a good opportunity to learn more about this iconic Highland character.  There are regular daily animal talks around the park which are well worth attending - make sure you pick up a leaflet with the talk times on your arrival.   The park is also maybe the best place to see Capercaillie, with the arrival of two breeding pairs in 2017.  Look out for them in an enclosure next to the wildcats on the woodland walk. 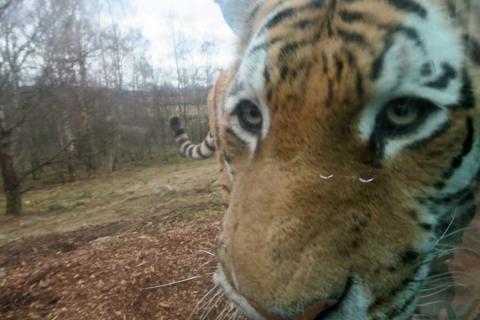 As well as the native Scottish Wildcat the park is also home to Amur Tigers, Snow Leopard and Lynx. The Amur Tigers are fed at 14:30 and the keeper talk attracts quite a crowd.  Our top tip is to turn up early - these large Highland Tigers may well be waiting for their regular feed and if lucky you may have the top viewing gallery to yourself. 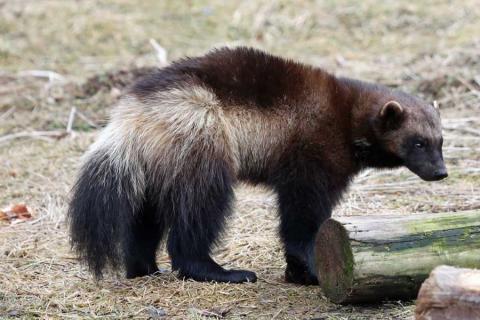 Although you will not see pine martens, otters or badgers in the park, you may see wolverine.  These species are all members of the mustelid family and have quite a few features in common. 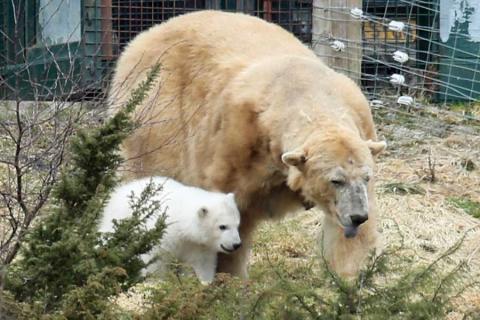 Back to the Polar Bears - we visited the park on the 27th March 2018 shortly after the cub had started to go on 'public display'.  We got the impression that things might get really busy over the summer months and that timed entry might be introduced.  We found that the best time to see Victoria and her cub was at around 10:00 when the park first opened and at around  15:00 when the keepers fed them.  There are some great views of Victoria's enclosure and pool from the sheltered viewing platform, and there are some even better views from the knoll behind. 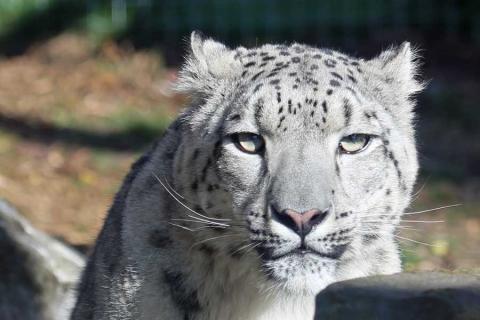 The Highland Wildlife Park is some 92 miles (147km) from Mingarry and it takes around 2  1/2  hours to drive there.  The drive itself is pretty amazing, passing along The Road to The Isles past the Glenfinnan Monument, up past Spean Bridge, skirting alongside Loch Laggan and into the Cairngorms National Park.  RSPB Insh Marshes and Ruthven Barracks are  'just over the road' from The Highland Wildlife Park and well worth visiting too. It's quite a long day out though well worth it. We often pick up fish and chips from Sammy's Takeaway in Caol just outside Fort William as a special supper on our way home.

We recommend  arriving early just as the Park opens if you can.  The park is likely to be busy this Spring and Summer with the attraction of the polar bear cub so it is also maybe worth booking tickets in advance too.